Get fresh music recommendations delivered to your inbox every Friday.
We've updated our Terms of Use. You can review the changes here.

by Battle of Santiago 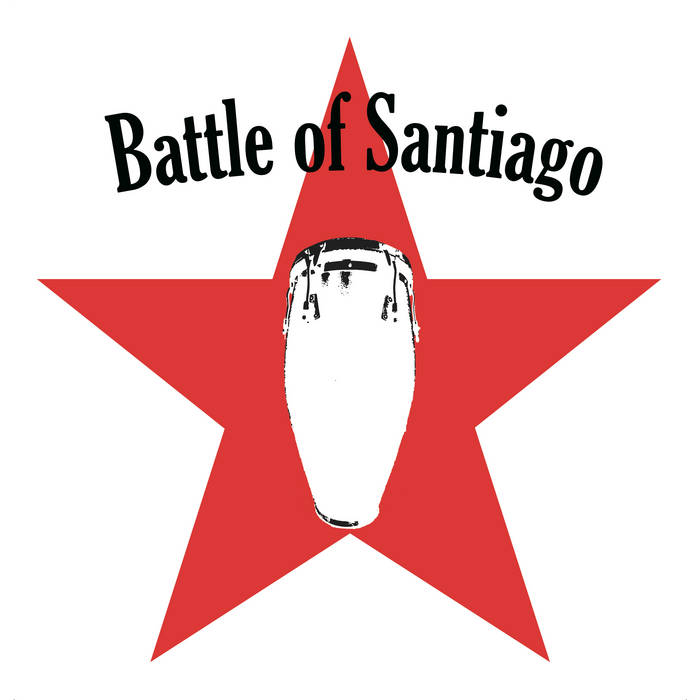 (Toronto, On) - The Battle of Santiago is a performance battle between strong Latin rhythms and deeply cultured Canadian influences, pushed into an improvisational post-Afro-Cuban-rock theatre. The members of The Battle of Santiago have backed up a diverse array of artists - from Oscar Peterson and Tito Puente to I Mother Earth – and have schooled at the top jazz schools in Canada along with being in-demand producers. These guys know music.

The Battle of Santiago began in Spring 2010, and it was apparent from the start that this was not going to be your usual band. By combining bass, saxophone, flute and percussion, the band’s philosophy is to capture each musicians own personal sound and style; with complete freedom to express themselves through individual and improvisational creativity allowing an organic growth and natural arrangement of each composition.

The seeds of The Battle of Santiago were planted in the early 2000’s, when Michael Owen (bass), Michael Butler (saxophone) and Daniel Mansilla (lead percussion), performed, in different combinations with Avenue One and All I See Is Red. A move to rural Ontario led Owen and Butler into a reggae/dub direction before being drawn into the lush Afro-Cuban rhythms.

“In 2009, we started to make a record in the ‘Mongo Santa Maria’ vein (traditional Afro-Cuban Music from New York Circa 1954),” explains Owen. “Just for fun, I recorded some bass and guitar on two rhythms and Michael tried out some horns and flutes. We ended up loving this path we had stumbled onto - taking Afro-Cuban rhythms into a very non-traditional directions.”

The group’s post-rock sound was further infused with the addition of Lyle Crilly (guitar), still without a working band name, they began to record and produce their debut release “Full Colour”. With the desire to present this music live Jason Hay (flute & sax), and Joel Perez (percussion) were invited to join the group completing the band as a 7 piece.

As the groups’ sound and direction became more clearly defined no one name could truly describe what they were trying to achieve. With such a diverse cultural history and coming from very different musical backgrounds like hip hop, jazz, rock, country, latin, experimental and dub finding a suitable name was very difficult. Understanding this project is a vehicle for creative musical exploration, the group decided on the only name that can describe their direction.

The Battle of Santiago has now developed a must-see reputation by creating a groove that commands the audience without the use of lyrics while defining a new genre they call Afro-Cuban Post-Rock. As demonstrated on their self-titled debut EP released earlier this year and their most recent release “Full Colour”, which has hit #1 in many college markets on the !Earshot Top International, Jazz and Top 30’s charts. The Battle of Santiago is a band with a sound drowning in the diversity of their own talent, always capturing each members' own personal sound and style on record and stage, a must see!.
battlesantiago@gmail.com
www.thebattleofsantiago.com
www.facebook.com/thebattleofsantiago
www.youtube.com/thebattleofsantiago

Their debut release “Full Colour” hit #1 in many Canadian college markets on the International, Jazz and Top 30 charts. The Battle of Santiago has now developed a must-see reputation by creating a groove that commands the audience without the use of lyrics while defining a new genre they call Afro-Cuban Post-Rock. Stay tuned for summer festival dates... ... more

Bandcamp Daily  your guide to the world of Bandcamp